The promotion of scientific activities and general understanding of science are at the heart of the operations of learned societies. Some societies are active in the areas of open science and research evaluation, whereas tasks related to research integrity play only a minor role in their activities.

In November 2021, the Federation of Finnish Learned Societies carried out a survey amongst its member societies focusing on their activities related to the promotion of responsible research. Of the 291 member societies, a total of 116 societies representing various fields responded to the survey.

The survey examined the objectives and operations of the societies, as well as their participation in the promotion of responsible research in the areas of open science, research integrity and research evaluation. Responsible research promotes reliable and collectively accepted practices of producing, publishing and evaluating research-based knowledge. Responsible research is present in the activities of the Federation of Finnish Learned Societies and the research support bodies associated with it: the Open Science Coordination, the Publication Forum (JUFO), the Committee for Public Information (TJNK) and the Finnish National Board on Research Integrity TENK.

The promotion of scientific activities and general understanding of science are amongst the key objectives steering the operations of learned societies (see Figure 1). The societies typically strive towards these objectives by holding scientific events and publishing scientific findings.

Societal impact and the promotion of professional and education-related activities are also common, but are less frequently the key objectives in the operations of learned societies. Societal impact is strived towards most commonly by arranging public events and publishing for professional audiences.

Societies are also enabling the societal impact of research through their own operations, for example, by providing information about science to various audiences, facilitating cooperation between researchers and reacting to current events. Roughly a third of the societies consider citizen science and science education to be, at least, a minor part of their operations. 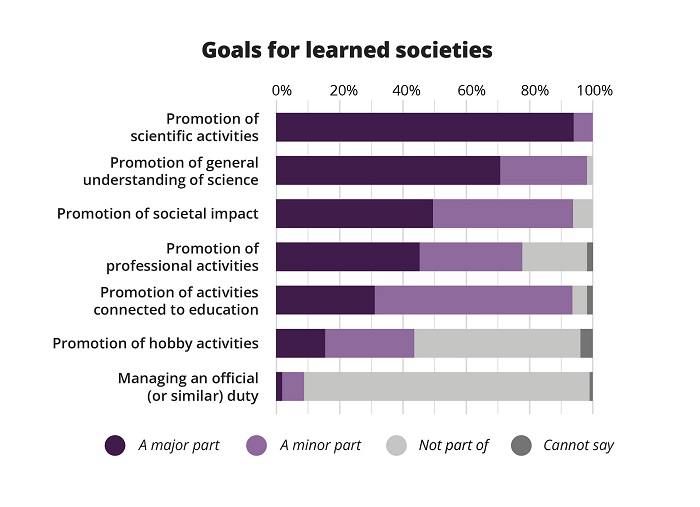 Figure 1. The operational objectives of the learned societies. N=101–114

When it comes to open science, activities linked to a culture for open scholarship and open scholarly publishing are some of the most important ones in learned societies. For example, societies operate in multiple languages and take an active part in the development of open science (see Figure 2).

Most of the societies have already adopted open scholarly publishing, as 60 per cent of the survey respondents stated that they publish open, immediately accessible peer-reviewed material. Close to half of the respondents have defined a self-archiving policy for their publications.

- A significant share of Finnish scholarly publishing is already open, which is a great achievement on the part of learned societies. When the new, communal funding models are soon finalised, the opportunities of open publishing are opened up to further societies, Secretary General Henriikka Mustajoki from Open Science comments on the report’s findings.

Activities pertaining to open research data and open education are rarer amongst the learned societies. Only a small number collects and stores research data, and, therefore, in most societies open access to research data is manifested through publishing, e.g. by determining the data policies for publications. 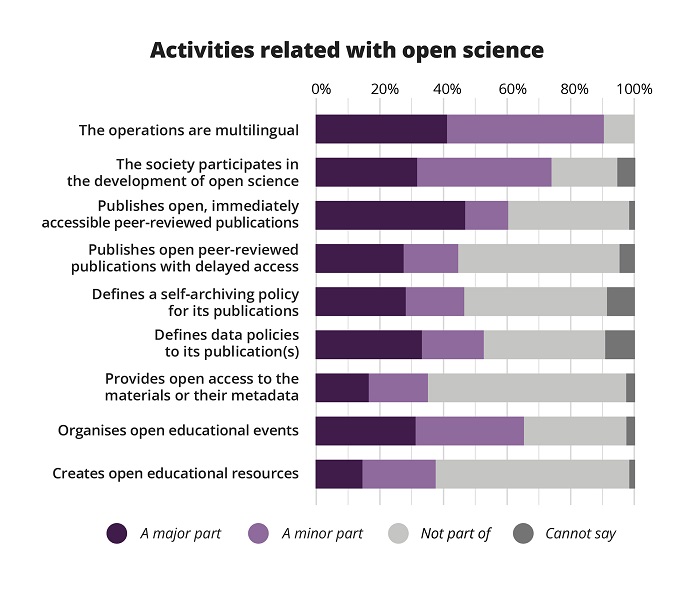 Figure 2. How pivotal are the following activities linked to open science to your society’s operations? N=101–116

Activities linked to research integrity are in a minor role

Only a few societies reported allegations of misconduct when it comes to the responsible conduct of research. The few reported cases were related to the societies’ publishing activities. Similarly, the 2018 Finnish research integrity barometer reported that, when asked, researchers rarely mentioned allegations of misconduct in terms of the responsible conduct of research.

- Although the number of misconduct allegations that reach the Finnish National Board on Research Integrity TENK has been on the rise, the amount of research misconduct detected in Finland has remained very low.  It is great that some learned societies arrange discussion events on the specific research integrity issues in their individual fields. I also hope that many new societies will join the research integrity community of the Finnish National Board on Research Integrity by signing the commitment to promote the responsible conduct of research. Societies could also play a larger international role in tasks related with research integrity, states TENK’s Secretary General Sanna-Kaisa Spoof. 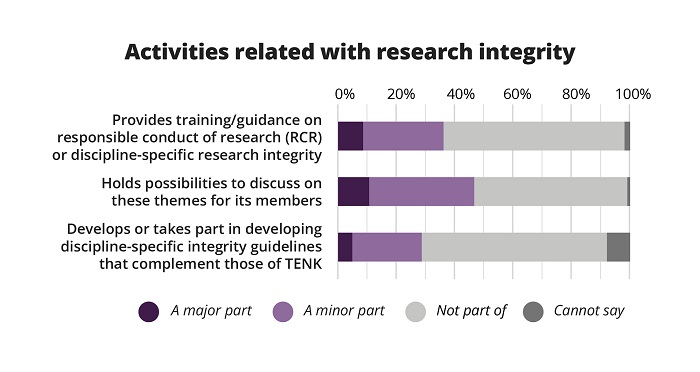 Figure 3. How pivotal are activities linked to responsible conduct of research (RCR) or discipline-specific research integrity to your society’s operations? N=101–105

The majority of the societies carry out activities connected to evaluating the scientific quality and societal impact of research (see Figure 4). For example, the societies already have a strong and established role in scholarly publishing with a peer-review practice.

Many societies are also engaged in other activities related to research evaluation. For example, the societies evaluate research and researchers for rewarding purposes and propose experts in their fields for various evaluation and expert tasks. Activities related to the evaluation of societal impact are rarer. The user guide for the Publication forum classification has been discussed or commented on by a third of the societies, the figure being only 15 per cent for the national Good practice in responsible researcher evaluation.

- There is a growing need for the evaluation of societal impact, but this impact is realised differently in different fields, and the evaluation methods and materials are still evolving. Learned societies have the knowledge of field-specific practices, the national operating environment and stakeholders that the evaluation requires, and their networks can be used for identifying experts. The societies could take up a more active role in the discussions of the societal role of research and the definition and evaluation of the societal impact of their fields, Publication Forum Secretary General Janne Pölönen says. 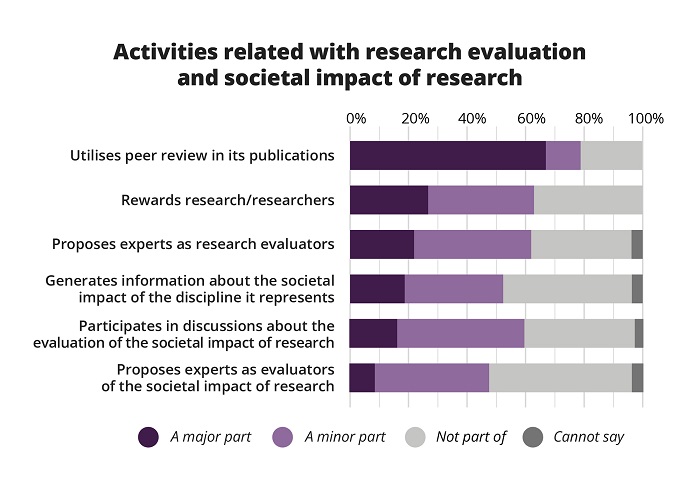 Figure 4. How pivotal are the following activities linked to research evaluation to your society’s operations? N=102–109

Other key tasks in the future are developing and promoting open science, organising events and recognising experts in the field. Many societies are also interested in developing activities related to research quality and impact evaluation, science education and research integrity.

- Learned societies play an important role in increasing the science capital available to the society and individuals. Publishing research-based knowledge in various ways and, in particular, its communication to the wider public and by means of science education are science communication at its best, states Reetta Kettunen, secretary general of the Committee for Public Information.

The expert network that the societies form is already rather actively used when searching for experts in science or a particular discipline for various roles. More than half of the societies have, for example, proposed experts to Publication Forum panels, the board of the Federation of Finnish Learned Societies and the committees of the Academy of Finland. Since 2021, the societies have also been able to nominate experts to evaluate reports produced in the projects of the Government’s analysis, assessment and research activities (VN TEAS) (in Finnish).

As the Executive Director Lea Ryynänen-Karjalainen from the Federation of Finnish Learned Societies and Secretary General Janne Pölönen from the Publication Forum stated in their opinion piece in Helsingin Sanomat (in Finnish), “the role of learned societies in issuing statements and carrying out similar tasks, hearings and evaluations that require field-specific expertise should be strengthened.” The Federation of Finnish Learned Societies is ready to strive to make this possible. 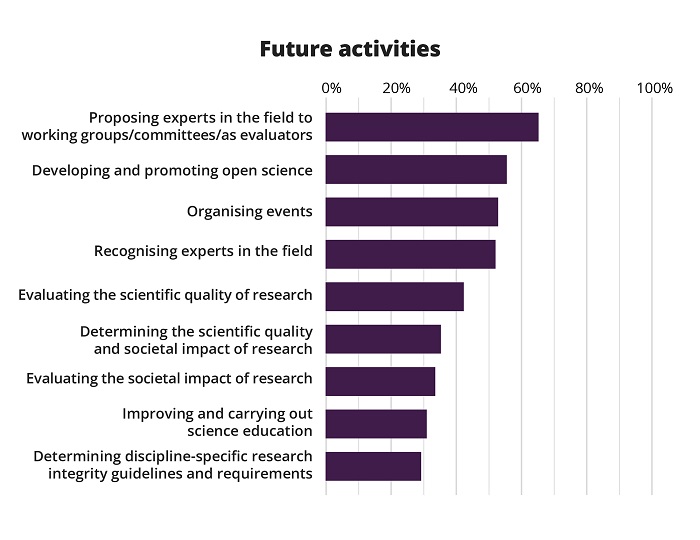 Figure 5. In the future, the society is interested in increasing its activities in the following areas. N=116

Responsible research is promoted by various national policies and recommendations. Amongst the societies, the best known were the National policy for open access to scholarly publications, the Responsible conduct of research guidelines and the Declaration for open science and research which had been discussed or commented on by 40–50 per cent of the responded societies. However, more than 40 per cent of societies had not discussed any responsible research documents, of which a total of 14 were listed in the survey.

However, even though some societies are already actively working in many areas of open science, generally speaking, broader promotion of responsible research has not yet become an established, key part of learned societies’ operations. Going forward, these societies could have more significant role particularly in the field-specific development of open science, research integrity and research evaluation in the fields they represent.

It is important that the societies can continue to perform their traditional core tasks, such as publication and conference activities. The majority of the survey’s societies were also interested in promoting the various areas of responsible research, but many societies have very limited resources for developing new ways of operating. The Federation’s role is to support the societies in their responsible research activities by e.g. distributing information and facilitating collaboration between societies and stakeholders.

A detailed report on the survey findings has been published in the online publication series of the Federation of Finnish Learned Societies and it can be freely accessed and downloaded in the Edition.fi service.

An article discussing the effects of the coronavirus pandemic on the learned societies’ operations (in Finnish) has also been published on the Federation’s website.